“What on earth is Arkansas doing to its medical marijuana programme and amendment?” That’s the question on everybody’s lips at the moment. Though several other states were looking to legalize marijuana recreationally in November 2016, Arkansas was looking to catch up with half of the rest of the U.S. and legalize cannabis for medical purposes. Arkansas’ penalties for marijuana use are possibly some of the strongest in the country, and many of the lawmakers don’t seem too cannabis-friendly!

On November 9, 2016, Arkansas’ medical marijuana bill took effect. The emergency legislation House Bill 1026 was enacted by lawmakers, giving regulators until July 1, 2017 to begin accepting applications for those looking to get a state license for growing or dispensing. As such, this means there are no medical marijuana dispensaries in operation as of yet. Only 65 people had applied for a Arkansan MMJ card in the first week of medical marijuana applications being open, with no one applying for a license to grow or sell marijuana. The licenses closes on September 18, 2017, and there has been interest from several local entrepreneurs.

What Are the Marijuana Laws Like in Arkansas at the Moment?

As it stands, those without a valid MMJ card in Arkansas still face a prison sentence and/or a fine. Possession of less than 4 ounces is considered a misdemeanour, with a first offence bringing 1 year or less in prison and a $2,500 fine. Subsequent offences can bring up to 6 years incarceration or less, with a $10,000 fine on amounts under 4 ounces, and is considered a felony.

Possessing any amount above 10 pounds of marijuana brings with it a minimum mandatory sentence of 3 years. The mandatory minimum sentences go up to 6 years for possession of amounts over 100 pounds, and could bring some unfortunate people life sentences. Delivery of anything over half an ounce (14 g) of cannabis is a felony, and can land a person in jail for up to 6 years and a $10,000 fine. Delivery of anything over 500 pounds of cannabis is considered trafficking, with a minimum of 10 years in prison and a $15,000 fine.

There are certain laws even those with a valid medical marijuana card have to observe. Now, this is the case for many people in even the most tolerant of states, but some of the rules are certainly a little bit arbitrary in Arkansas. Patients under 21 are not allowed to consume herbal cannabis, inhaling herbal cannabis is not permitted by adults in the presence of a pregnant woman or child under 14, and dispensaries (when they start running) will not be able to provide edible or drink products with more than 10 mg of THC in them.

As you can tell, the laws in Arkansas are rather strict with regards to cannabis, and to many it’s surprising that Arkansas even voted through a medical marijuana initiative in the first instance. In what is an affront to many United States citizens, those who wish to qualify for a medical marijuana card and do so may well lose their second amendment rights (that’s the right to bear arms), as marijuana is a federally illegal schedule 1 drug, according to the government. But vote through the ballot Arkansans did, and it was a tough battle to do so, as the Arkansans for Compassionate Care, aka Drug Policy Education Group (DPEG) can attest to.

We mentioned DPEG and the Arkansans for Compassionate Care just above, and we’ll mention more about what they fought for later. However, it’s Issue 6 that was passed, and we’re going to break it down into essentials …

As for the conditions that can qualify you for a medical marijuana card in Arkansas, they are: 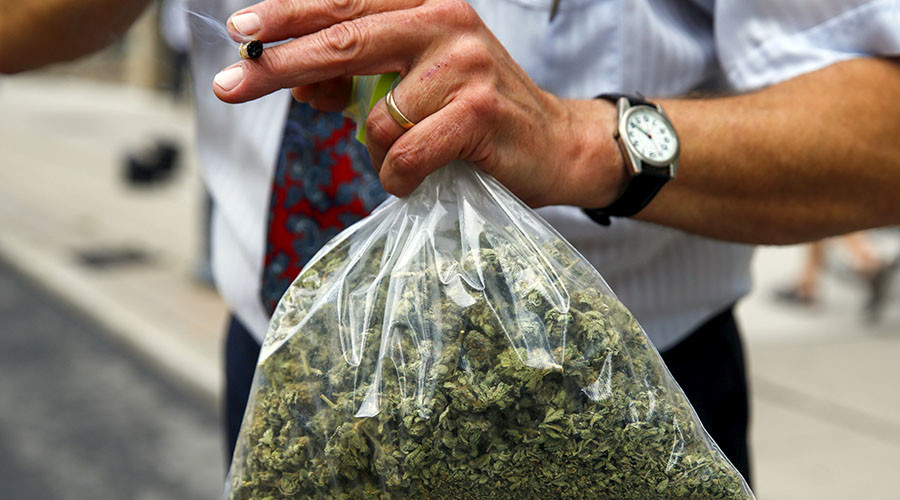 It was Issue 6 that was ultimately passed, but DPEG actually fought for Issue 7 to be passed –  the Medical Cannabis Act. Issue 7 was struck from the ballot by the Arkansas Supreme Court in the Benca v. Martin ruling, as the measure’s sponsors had failed to carry out criminal record checks, which meant some of the votes to get Issue 7 through were considered invalid.

There were two key differences between Issues 6 and 7. The first and perhaps most major one was the fact that Issue 7 allowed qualifying patients to grow their own. To many (and in particular Issue 6’s sponsor, David Crouch), this provision is the reason why Issue 7 was struck from the ballot, much in the same way Issue 5 was in 2012. The second big difference is that the number of conditions that would have qualified a patient for medical marijuana were a lot wider.

Had Issue 7 passed, patients with the following conditions would have qualified a person for medical marijuana, on top of the qualifying conditions that under Issue 6:

So, as you can see, Issue 7 would have been far more specific and exhaustive with regards to what conditions medical marijuana can be recommended for. There’s fewer broad, generalized categories like “conditions that cause …”, as this is open for interpretation, and may not be accepted by the MMJ programme, even if there’s scientific evidence suggesting that cannabis may well work.

How Do I Get a Medical Marijuana Card for Arkansas?

Much in the same way you would for a MMJ card in any other state. You’ll need an Arkansas state-issued ID (e.g. driver’s license, passport, official government-produced ID card), proof of residence, an email address and a physician’s recommendation, with medical records proving that you have a qualifying condition. You can then fill out the application form online or in print with the attached documents, after which you’ll be given a card and a patient number if you qualify. The application process can be seen here.

As Arkansas recognizes valid MMJ cards from other states, should you be from Arkansas and can prove you live in another state, it is possible to get another state’s card. Or, if you’re from another state but living in Arkansas and in need of a medical marijuana card, it may well be worth getting one from your home state. After all, doing so will likely save you a lot of legal headaches, especially as Arkansas’ cannabis laws are so tough (and, might we say, somewhat authoritarian). Call or email Leafwell today and get your MMJ card as soon as possible – don’t give Arkansas law enforcement a reason to arrest you!

Ruth Lemon has worked in Cambodia and Australia, gaining experience in the non-profit sector, education and international development, and digital marketing. New to the cannabis sector, Ruth is helping Leafwell to scale without compromising the customer experience and seeks to create a frictionless customer journey. She now lives in the UK with her rescued Cambodian cat and believes Leafwell is improving access to and understanding of a valuable medical alternative.

When it comes to caring for diseases and the most vulnerable among us, there are some clear areas where modern pharmaceutical...

I’m a Generally Healthy Person. How Can Cannabis Help Me?

Are you healthy but interested to learn how cannabis could help improve your quality of life, overall health, and wellness? This...

For a long time now, doctors and scientists were confounded by fibromyalgia. Many patients reported widespread pain, extreme...

Where Can I Buy Cannabis Seeds?

If you’ve ever been interested in growing cannabis at home, then you’ve probably wondered how you would go about buying...