For a long time now, doctors and scientists were confounded by fibromyalgia. Many patients reported widespread pain, extreme sensitivity and fatigue, and it is a condition that is often comorbid with conditions like Hepatitis C, anxiety, depression, chronic fatigue syndrome (CFS), PTSD, and irritable bowel disorders (IBDs), but nobody could explain it. Then came the discovery of the endocannabinoid system (ECS), and an explanation as to why conditions like fibromyalgia arise (a lack of properly functioning or production of our own natural cannabinoids, or “clinical endocannabinoid dificiency“), and why medical marijuana is a treatment for it..

Fibromyalgia literally means “muscle and fibrous tissue pain”, and it is characterized by widespread pain, fatigue, memory and concentration problems (the “fibro-fog”), and sleep problems like insomnia and/or constant tiredness. This debilitating disease can make simple everyday tasks like cooking or tying shoelaces exhausting and sometimes near impossible. Aside from the obvious downside that comes with constant pain, this can be hugely frustrating for sufferers who may otherwise look perfectly well.

Until recently, doctors didn’t really have an explanation as to what may cause a condition like fibromyalgia. Both physical and mental explanations were given, and it was noted that fibromyalgia seemed to arise after a particularly difficult physical and/or emotional experience. The pain appears to emanate from processes in the central nervous syndrome (CNS). Now, however, we have a potential expalantion in the ECS, and a potential treatment in cannabis!

The usual recommendations for fibromyalgia sufferers are sleep, exercise and a healthy diet, although weak-to-medium strength opioids are also prescribed in more extreme circumstances. It is in cases where combinations of antidepressants and opioids are prescribed where medical cannabis really shines.

Here’s how medical marijuana might help those with fibromyalgia …

Fibromyalgia is associated with polymorphisms in the serotoninergic (serotonin), dopaminergic (dopamine) and epinephrine (adrenaline), and norepinephrine (noradrenaline) systems. These polymorphisms may also be a major cause of other disorders like depression, IBS, chronic fatigue syndrome and migraine. Individuals with a 5-HT2A receptor 102T/C polymorphism have an increased chance of suffering from fibromyalgia.

Cannabis, and cannabidiol (CBD) in particular, interacts with serotonin receptors, helping alleviate any depression or anxiety and reducing or replacing the need for antidepressants. A combination of THC and CBD can help alleviate any chronic pain associated with fibromyalgia. Those who are prone to “fibro fog” may find some tetrahydrocannabivarin (THCV) useful, too. Terpenes like pinene,linalool and myrcene may also prove useful.Targeting the ECS, which “talks” to and influences the behavior of other receptor systems, can help return balance out the levels of serotonin, dopamine, adrenaline and noradrenaline in the body.

Cannabis is an Excellent Adjunct with Other Treatment Methods

As anyone who’s in significant amounts of pain knows, carrying out the treatment methods recommended by doctors for fibromyalgia (a healthy diet, exercise, improved sleep patterns) can be immensely difficult when you’re tired and in pain al the time.  The right varietal of cannabis (often mislabelled as “indicas“, but technically anything with the right cannabinoids and terpenes) ought to help most people get to sleep and relieve pain, as well as improving appetite. Some microdose edibles to provide long-lasting pain relief and prevent pain and discomfort from waking them up at night. A more “sativa” (or perhaps more accurately, CBD, THCV, limonene,pinene and beta-caryophyllene – rich) might help keep one energised and pain-free enough for exercise.

At this point, it should be noted that the differences between indicas and sativas are few and far between, and it is generally better to look at cannabinoid-terpene ratios and profiles to gauge for effect, not the strain name alone. 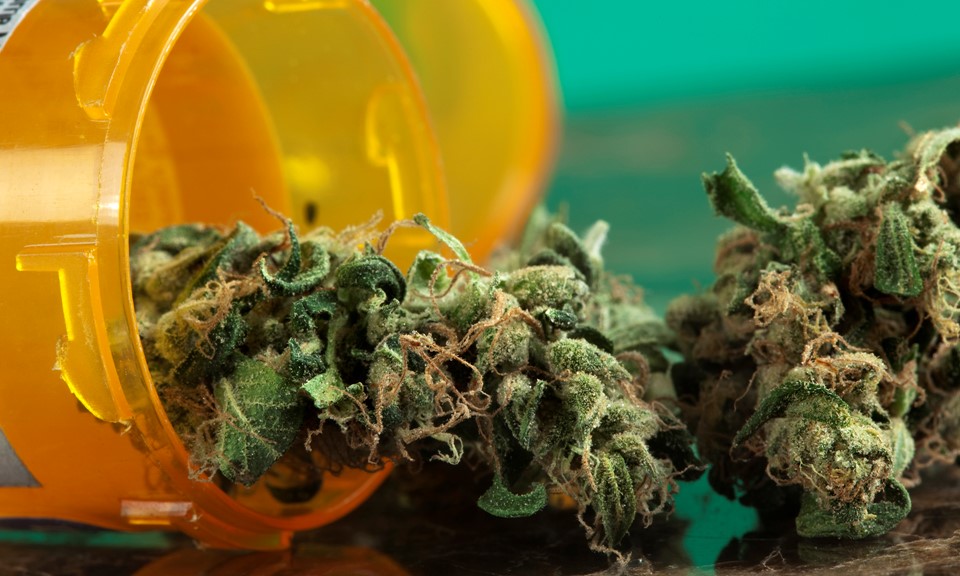 Using opioids for fibromyalgia is already controversial, and any responsible doctor ought to refrain from prescribing it for fibro other than in extenuating circumstances. Other prescription medications usually used for fibromyalgia are tricyclic antidepressants like amitriptyline and nortriptyline (Pamelor). Tricyclic antidepressants work by raising the number of neurotransmitters in the brain, specifically serotonin and norepinephrine. They relax the muscles and heighten the effects of endorphins. Side-effects include drowsiness, dizziness, dry mouth, dry eyes and constipation. Other antidepressants like duloxetine (Cymbalta), milnacipran (Savella), fluoxetine (Prozac), citalopram (Celexa), milnacipran and venlafaxine (Effexor) are also used to control the symptoms of fibromyalgia.

However, antidepressants tend to have little positive effect for most fibro sufferers, and many report more adverse effects than benefits. Moreover, it usually takes about three months for antidepressants to actually start working – a long time to wait for something that might not actually work for most people!

Medical marijuana, meanwhile, has the benefit of working almost immediately (depending upon method of ingestion), and may well work better than most prescribed fibromyalgia medications out there at the moment. There is also little doubt that medical cannabis is a much better alternative to addictive opioids.

Until we understand more about fibromyalgia and its causes, it’s unlikely that we’ll come up with any definitive solutions for it in the near future. However, for the moment, it seems cannabis and keeping generally well and healthy through proper sleep, diet and exercise could well be the best medication for it. Should you be unfortunate enough to suffer from fibromyalgia and finding that nothing works, why not get yourself a medical marijuana card and see if cannabis could help?

Is Stronger Better? Cannabis Resin Is 25% More Potent in Past 50 Years

A global study of more than 80,000 samples of illicit cannabis has shown that concentrations in cannabis resin increased by 24%...

Why Do Some States Restrict Flower From Medical Cannabis Patients?

There are currently 36 states with some form of medical marijuana program (plus DC) that allow patients with qualifying...

What Are Cannabis Concentrates?

This blog is going to answer all the questions you may have about cannabis concentrates. From what exactly are cannabis...

Getting a Better Night’s Sleep With CBD

When it comes to treating sleeplessness and insomnia, it’s THC’s and CBN’s sedative effects that reign supreme. Cannabidiol...