There is a lot of confusion surrounding this subject, so we’ll try and explain it simply: “hemp” and “marijuana” both hail from the same genus and species, Cannabis sativa. This means that the two are essentially the same type of plant – their differences lie in what they were bred for, which makes an impact upon the genetics expressed in the plant.

How they are used

Hemp plants were selected for their sturdiness and robustness in order to make paper, fabric, rope and other things that can be made from hemp fibre. Marijuana, meanwhile, is selected for its medical and psychoactive properties. Though the two plants are definitely related, this means that they are also quite different. Marijuana and hemp are best seen as siblings not twins.

Depending on the laws of the country, a Cannabis sativa plant containing less than around 0.3% THC is considered hemp. Any hemp plant over 0.3% THC would be considered “cannabis” or “marijuana”. Should you be thinking, “That seems a little arbitrary,” then yes, you’re right, it is arbitrary. To further complicate matters, hemp plants also contain other cannabinoids like CBD as well – cannabinoids that are now considered scheduled drugs. Whether this means that industrial hemp is now “marijuana” is something that needs clearing up, but it is worth noting that hemp is also federally illegal in the US – at least, it is until the raw plant is made into a non-psychoactive product.

The difference in CBD

The other thing worth noting is that many people report that there is a big difference in CBD derived from hemp and CBD derived from medical marijuana (CBD from hemp can trigger epileptic seizures, whilst CBD from medical marijuana can help prevent them). Why this is precisely the case, nobody knows as of yet. However, it could be something to do with the fact that industrial hemp is often grown in industrial ways (e.g. nasty pesticides, grown in heavily polluted areas etc.).

As hemp plants suck up everything in the soil (even the bad stuff), products made from badly-grown hemp will contain whatever heavy metals were in the soil at the time. Such extracts also don’t tend to be whole plant extracts, meaning that “medicinal” hemp-derived CBD oils might not be that great for you, and could well just be a case of unscrupulous people trying to make a quick buck out of the lack of regulation surrounding cannabinoid-based products at the moment. 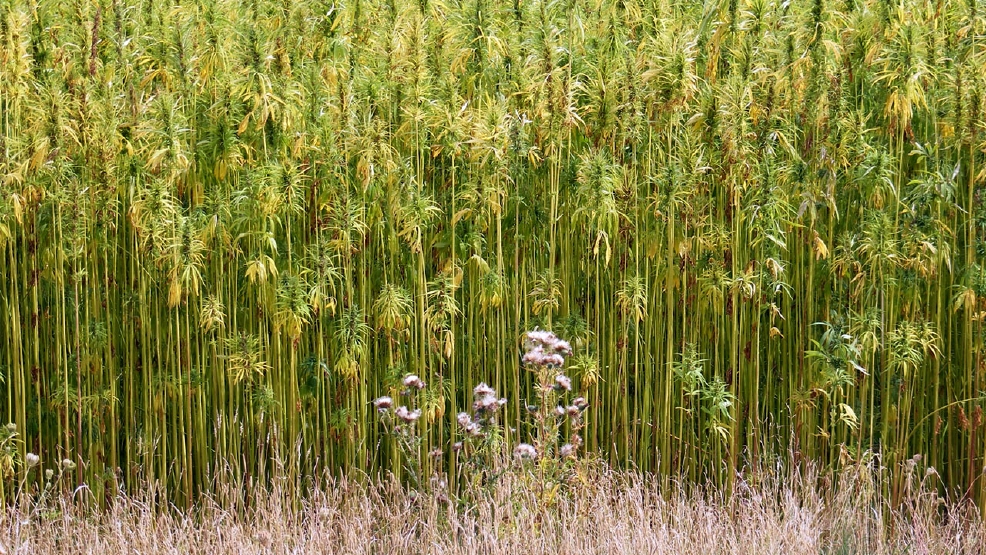 The conditions under which a Cannabis sativa plant are grown also determines whether or not a plant is “hemp” or “marijuana”. Hemp plants are usually grown outdoors, with selective breeding meaning that hemp grows tall, fast and with lots of stalk. Medical marijuana, on the other hand, requires a controlled environment of stable light, temperature, humidity and lots more, as well as ensuring that all the plants are female, in order to maximize THC and other cannabinoid levels.

So, other than what they are used for and how they’re grown, is there any real difference in “hemp” and “marijuana”? Essentially, the answer is both “yes” and “no”. This is further compounded by the fact that, if you took a female hemp plant, separated it from the other male hemp plants, and started growing it as you would a medical marijuana plant, you would essentially get a plant that grows buds. The buds from a hemp plant, however, contain seeds rather than trichome-laden bud you’d find on a medical marijuana plant. Seeds from a female hemp plant are edible, and are a great source of omega oils and protein.

Yes, this means that the “hemp plants are male and marijuana plants are female” is pretty much wrong. Both hemp and marijuana have both male and female plants, and in both cases the female is the desired plant. Furthermore, both species cross-pollinate, meaning that you can indeed breed the two together and get a plant that is both “hemp” and “marijuana”, with the distinct properties of both properties. For this reason, medical marijuana growers tend to want to stay away from hemp fields.

So, to put it simply: hemp and marijuana are siblings both hailing from Cannabis sativa. They are not entirely the same, but they are related to each other.

Can Cannabis and CBD Help Improve Your Health?

Cannabis and CBD can help improve your health because it returns balance to your body. Our bodies have what is called an...

5 Things Every Cannabis Physician Should Know

This article is for medical marijuana patients and physicians alike. We believe knowledge is power and Leafwell seeks to educate...

Using Cannabis for a Child With Epilepsy

Cannabis derived treatments for persistent health conditions ranging from anxiety to insomnia, chronic pain to nausea have been...

Can Cannabis Help with Back Pain?

Chronic pain affects roughly 1.5 billion people around the world, according to the Boston University School of Public Health. Of...